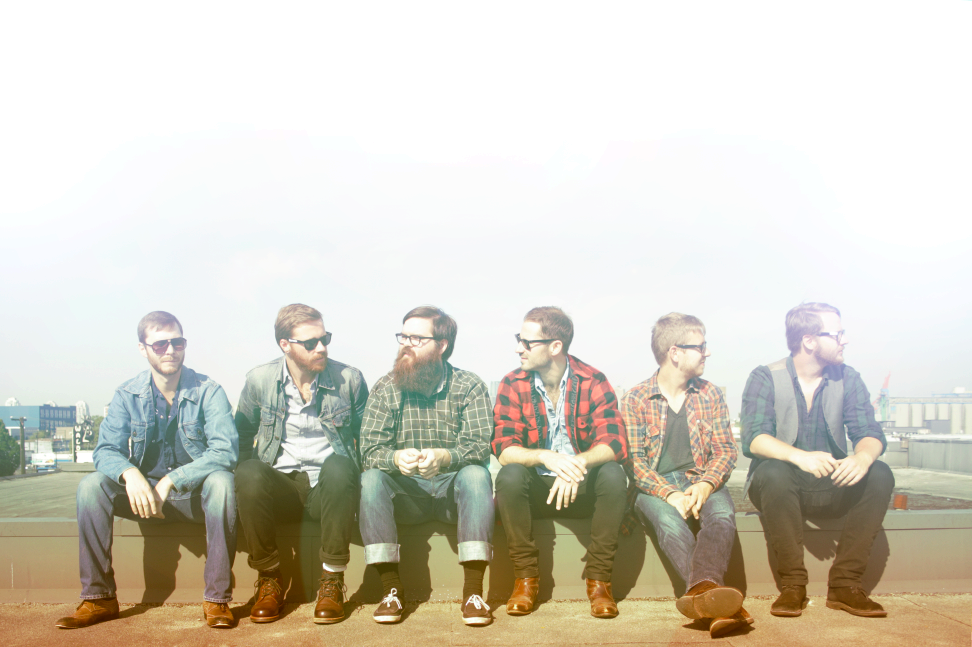 Never Had The Time by Portage and Main. This is your soundtrack to a sunny mid-day drive along the coast in a classic convertible; a cool autumn evening at the cottage, huddled beside a bonfire; a late-night drink at your favourite pub with your favourite people.

The sophomore offering from this Vancouver-based folk-rock quintet is, like the simple pleasures it so well accompanies, stunning in its mere simplicity. Blending the seasoned country-rock sensibilities and harmonies of, say, The Band and Blue Rodeo with the more contemporary alt-musings of acts like Wilco and Old 97s, Portage and Main have cemented a sound that spans decades but belongs to today.

It was early 2010 that John Sponarski and Harold Donnelly, geeking out over a new guitar pedal, haphazardly spawned their first song together. “We didn’t think much of it at the time,” recalls Sponarski, “but after a while, it seemed neither of us could get it out of our heads.” The two simply couldn’t ignore the potential of their musical union despite playing in a band at the time and got to work.

What started as a single song captured on a handheld recorder quickly grew to a pool of over 20 that the pair wanted to catalog. Setting up shop in a basement, they got together with a few friends from the local scene and output what would become their self-titled 2011 debut. “We didn’t originally intend on doing much with it,” Sponarski says, so imagine the band’s surprise when, come their album release party, a line of people wrapped around the sold-out venue like a string on a tuning peg.

The record drew a fair amount of attention to the band, landing them showcases at festivals including CMW and NXNE, an invitation to play on CBC Music andGreencouch Productions’ Tracks on Tracks train tour, support slots for contemporaries like Chad VanGaalen and The Dudes, and, most recently, a top-20 position in BC’s prestigious 2012 PEAK Performance Project. And while Sponarski and Donnelly remain the group’s principal songwriters, the Portage and Main banner has expanded to include Georges Couling on keys and Sponarski’s childhood friends Dave Gens and Ben Appenheimer on drums and bass, respectively.

With Never Had The Time, produced and engineered by Couling like their debut, Portage and Main have built atop the sonic foundation established on their self-titled. “It’s certainly not a big step in a different direction,” shares Sponarski about the effort. “We’re taking the strongest ideas that took shape on the first album and further honing in on that sound.” Donnelly and Sponarski once again trade off lead vocal duties, though the record’s strongest points emerge when the two are interwoven in harmony. “We try not to think of it as two individual voices, but rather two parts to one voice,” Sponarski muses. “It’s not his song or my song; these are our songs.”

The 10 tracks that comprise the album benefit from clean, tasteful arrangements that relay the band’s easily-relatable and endearing poetry. Be it the upbeat and dynamic numbers like “Better Man” and opener “Never Had The Time” or more subtle offerings like “Oona Jean” and breathtaking closer “It Is You,” rich acoustic strums and twangy, reverb-drenched picking sit beautifully atop a tight rhythmic foundation throughout, often accented with classic organ or piano leads and dreamy pedal steel that seemingly soars through the speakers.